I girded up my loins, in a manner of speaking as I actually wore olive green trousers, and participated in Couleurs de Bretagne painting contests three days running. 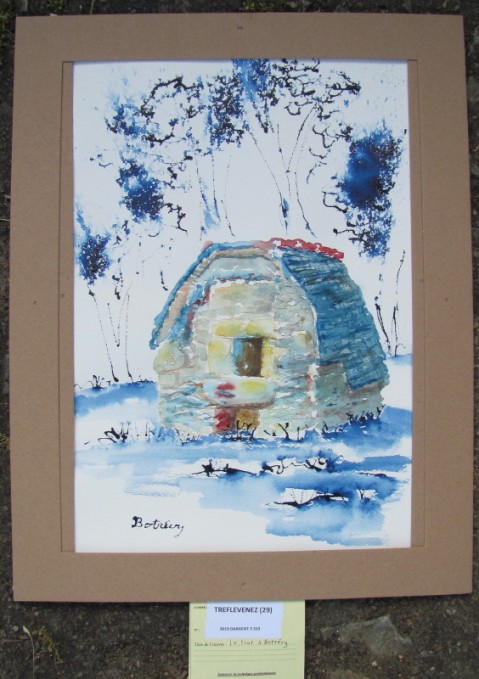 I had fun with Sennelier Prussian Blue ink, using it directly from the bottle with the dropper and then spraying with water. 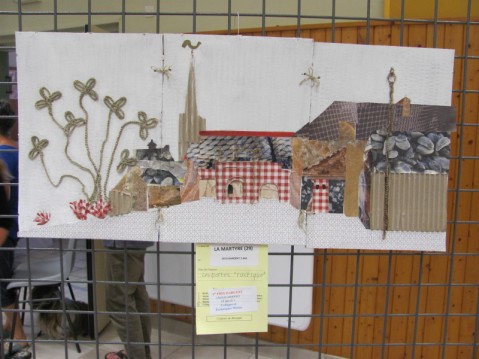 Another one for the Rustique series, collage, on recuperated cardboard.  I made some crocheted elements, had a lot of fun in spite of the wind which kept emptying my little garbage bag.  You really have to be a devoted anti-litter bug to pick up scraps of paper over three times!  This work won the prize in its category and will be shown at the regional finals.  I came home with a bag of goodies and a sunburn on the back of my neck, sort of an Achilles heel type place, I guess. 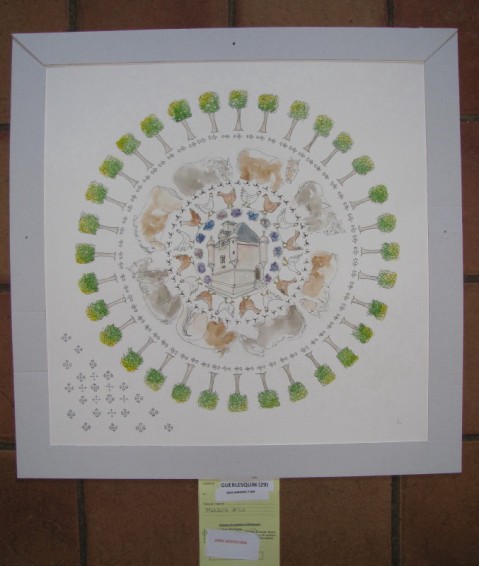 I did a mandala, n° 50 which also happens to be 50cm square.  The center is a monument in the center of the town of Guerlesquin.  It was originally a prison, now a museum.  Hydrangeas can be found nearby; Brittany is well known for them.  The triskell and the ermine are Breton motifs.  A large part of this town’s economy is based on chickens.  I buy mine at the town market.  Guerlesquin has a Breton horse fair so I thought there must be some Breton horses somewhere in the community.  After asking and driving out to the edge of the community, I found two magnificent ones who came to the field’s entrance and more or less posed for 5 or 10 minutes.  I captured what I could.  The town squares are surrounded by venerable trees pruned regularly.  The motifs on the lower left can be seen on the walls of the church.  This work won the Sennelier prize for a different view of patrimony.  They are Couleurs de Bretagne sponsors.  I came home with one of their products.  This work came home also, it will not be at the regionals. 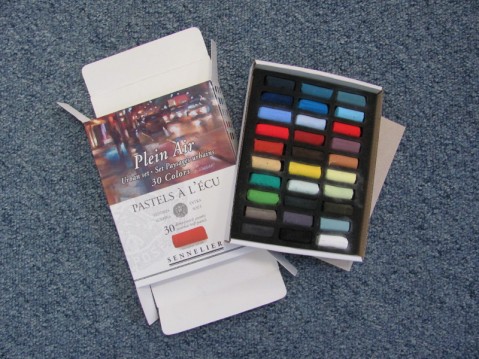 My prize: a box of their renowned pastels.  Look at those reds!  And the blues!  And I must try those greens! 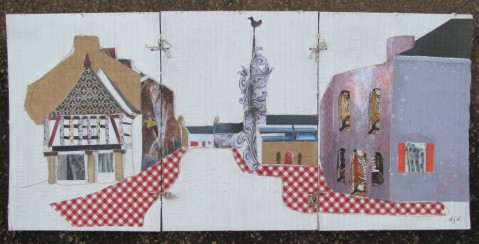 This was done for a contest with Couleurs de Bretagne.  I did not have time to finish it there as I would have liked but now I think it is done.  At the contest I entitled it “Sans rompre le fil” because there is an unbroken thread running throughout, well, there is a start and an end…  🙂  This is collage on recuperated cardboard to which I applied a coat of gesso in preparation. 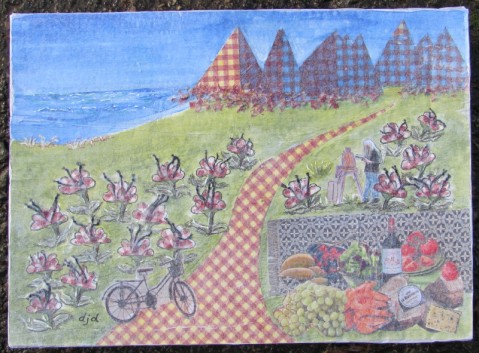 Now that I have done a second work using the paper that comes with a Coulommiers cheese, I think it may become a series.  The first is the tablecloth. 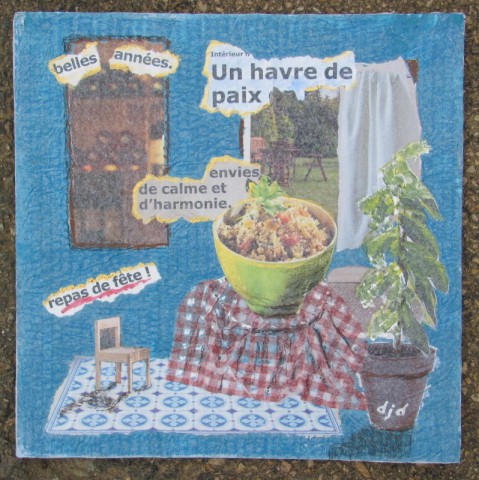 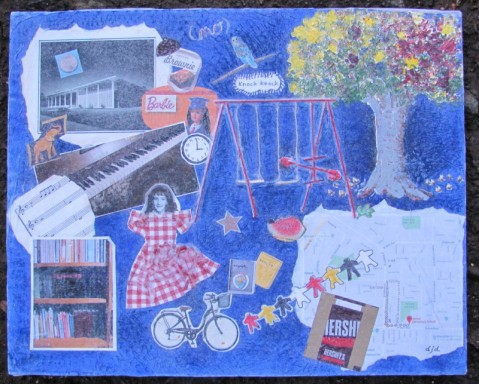