The first time I wrote about the same hollyhock:
https://djdblogginghere.wordpress.com/2017/08/11/painting-and-more/ 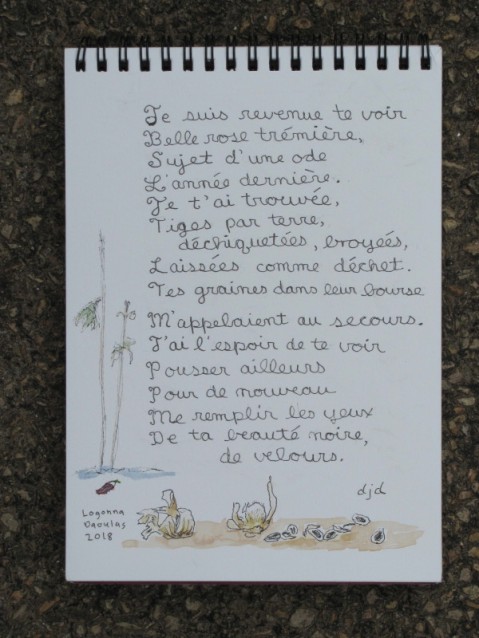 Hopefully I will have some photos to upload soon of my seedlings which have grown and are ready to bloom.

Saying this over before I go to the store should help.  🙂

Do I care for you?

I am finding it hard to believe that some people would feel better if I uselessly semi-asphyxiate myself by wearing a mask.  Perhaps I should mention that I am no longer a virgin and sacrificing me to your gods will be of no avail.  Who are the gods of today, the idols?  To whom do people turn for guidance, for help?  To the government which is more interested in their power than our well-being?  To the media which is censured and paid by those who can or will in fear of those who have power and wealth?  To science which is mostly theory, theories which sometimes hold up and sometimes don’t?  If science were truth, then they would all be of one accord.

I am sad to see people living in such fear.  I don’t know why all of a sudden, we are in fear of this specific virus.  The total death toll from all causes has not increased.  People die all the time.  Lots of misfortune can befall us.  I am more worried about someone looking at their phone and running me over than I am about a virus, even though it was perhaps designed to be a bio-weapon.  I am more worried that some think it is OK to design bio-weapons.  I am worried about those who are losing their livelihood, their sanity, their specific nature which makes them human rather than just a thinking animal.

All of our actions have consequences.  When we do Good (this is more than charitable deeds and giving), it radiates, spreading Good in all directions.  When we do Evil, it ricochets, falling on guilty and innocent alike.  The only solution is long term.  We must each individually decide to change, to be and do Good, to love, forgive, make peace, to free ourselves from prejudice and being judgmental, from seeking revenge …..  If we turn and walk in that direction, Evil will disappear.  There is no need to attack anyone, just encourage all in the direction of Good.  We will see very few immediate results.  We have been degenerating since Adam.  It will take some time to re-create ourselves as we were meant to be.  We will not get rid of illness, suffering, death in our lifetime; this is for the future of humanity.  It is an effort but one that I am willing to undertake as best I can (no, I am not a saint either).  That is how I show I care for others.  Not by a face-covering which lets pass viruses as well as air.

This is mostly collage done with banana stickers. 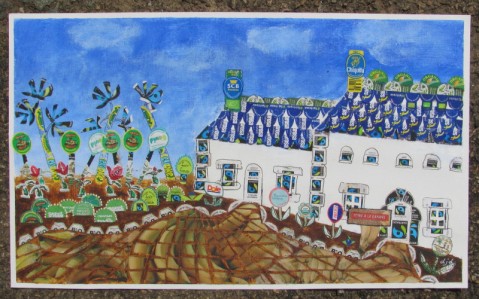 Drama on my Doorstep

Drama on my Doorstep 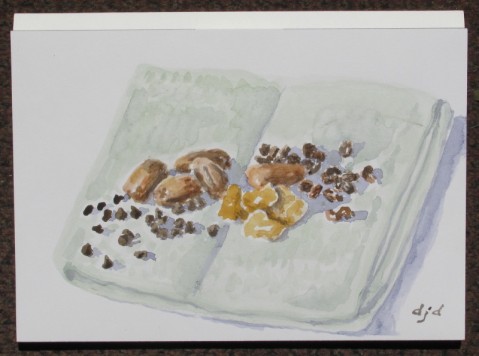 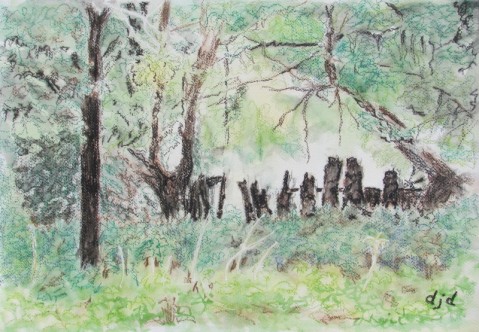 Can’t help but wonder — what colour shells will the offspring have?

A Nice Cup of Tea 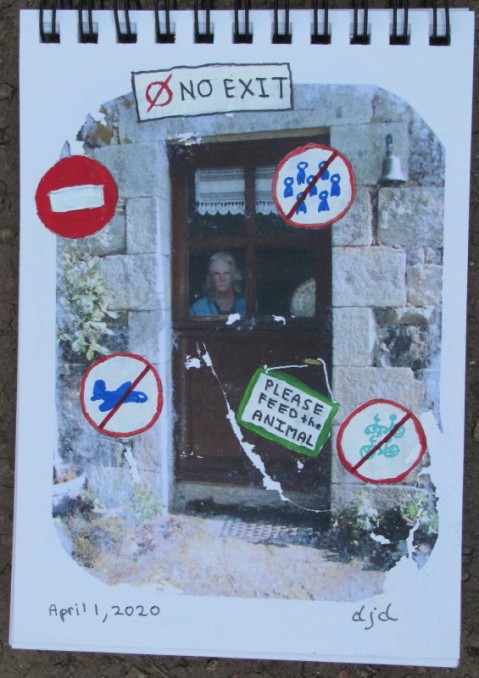 No Laughing Matter
mixed media – A5