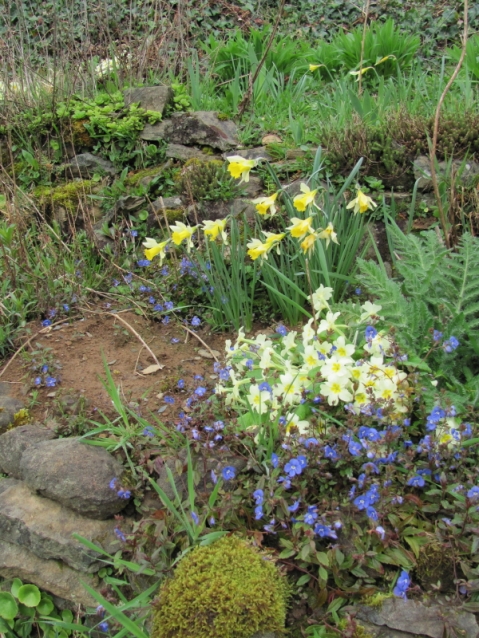 “When sitting the brother sees the flower wilting and the rust coming out, he feels his bone bending; then into his head the hoe comes to till the garden that never fades. The brother that is clear-sighted goes out of his own head, goes up into My Hand.  His head becomes gold […]

Penitence is not contrition

For The Revelation of Arès and for us, Arès Pilgrims, penitence is not contrition, nor deep regret nor remorse of having offended God and committed sins, with the intention to correct one’s faults and never fall into them again.  Penitence in the Word of Arès and for us Arès Pilgrims is just the active intention to stop sinning (RA30/16) with the accomplished action of being men and women of Good cultivating within themselves absolute Love, including loving the enemy, forgiveness of all offenses, total peace, reviving within the almost snuffed out lantern of the heart’s intelligence or spiritual intelligence (RA32/5), becoming free beings (RA10/10), free from all prejudice, laws, powers, fears.  In other words, penitence for us is the conscious and wilful application to our lives of the Sermon on the Mount (Matthew 5-7) in which we see the dynamic heart of the Gospel.  In other words, The Revelation of Arès retains only the positive and constructive meaning of penitence.  Therefore I do not have, and my brothers and sisters in faith do not have, a feeling of guilt.  I am not, and none of my companions in faith are, a morbid person who feels like some kind of monster and forces himself to destroy the monster within, but rather is someone who changes his life (RA30/11).  The word repent does appear in The Revelation of Arès, but with the same sense as the word penitence as a dynamic for changing life from evil to good.  It is a repentance which constructs, not a repentance that laments its past faults.  The Father says in The Revelation of Arès, “If they stop sinning, I stop recollecting their past” (RA30/13) and “I will forget their hatred” (RA28/16).  For a penitent, one’s neighbour, any other human being, is what was, for example, La Boétie for Montaigne and Montaigne for La Boétie, another self.  “Because it was him and because it was me,” said Montaigne.  It’s this feeling which I call the co-penetration of beings, the sharing of joys and sufferings, which dominates the spirit of penitence for us.

This radical change in the meaning of penitence is, what’s more, problematic in our mission.